U.S. to provide Venezuela’s Guaido with $52 million in funding 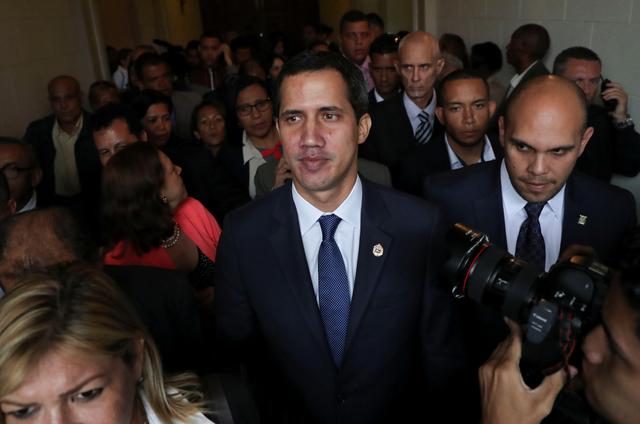 Venezuelan opposition leader Juan Guaido, who many nations have recognised as the country's rightful interim ruler, leaves after a session of Venezuela's National Assembly in Caracas, Venezuela September 24, 2019.
Reuters/Ivan Alvarado

UNITED NATIONS The United States said on Tuesday it will provide $52 million (£41.6 million) in funding to Venezuelan opposition leader Juan Guaido, an escalation of support even as his push to oust socialist President Nicolas Maduro stalls.

The United States Agency for International Development (USAID) said in a statement that the funding would go towards independent media, civil society, the health sector and the opposition-controlled National Assembly, which is led by Guaido.

Guaido in January invoked the constitution to assume a rival presidency, arguing Maduro’s 2018 re-election was illegitimate.

Guaido has been recognised as Venezuela’s rightful leader by more than 50 countries, including the United States. But Maduro remains in power with the backing of the armed forces and countries like Cuba, Russia and China.

Maduro, a socialist who has overseen an economic collapse and is accused of corruption and rights abuses, calls Guaido a coup-mongering U.S. puppet, an accusation likely to be bolstered by USAID’s announcement.

In a statement posted on Twitter, Guaido’s office thanked USAID for the aid but said it would not administer any of the funds itself, given that it has not yet appointed a comptroller.

“100% of the resources will be administered through implementing parties authorized by U.S. authorities,” the statement read.