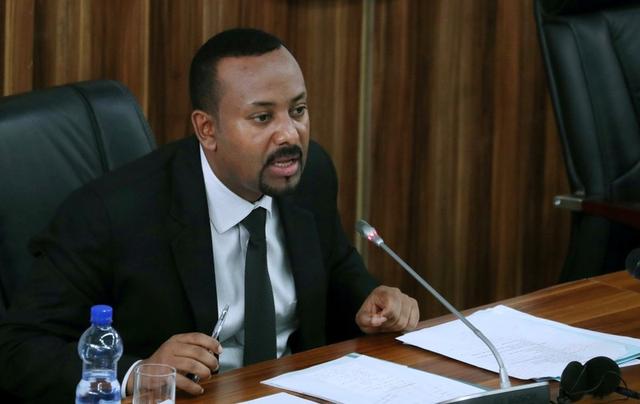 NAIROBI Ethiopia's destabilising regional frictions may worsen this month if the small Sidama ethnic group carries out a threat to unilaterally declare a new semi-autonomous region in defiance of the federal government, a global think-tank said on Thursday.

The Sidama, who make up about 5 percent of Ethiopia's 105 million people and are the largest of more than half a dozen ethnic groups in the Southern Nations region, say they will declare their own region on July 18 unless granted a referendum.

They are emboldened by a more open political climate - and a weaker ruling coalition - since reformist Prime Minister Abiy Ahmed took office in April 2018 and eased the iron first of his predecessors.

However, that has also brought a surge of long-repressed rivalries between Ethiopia's 80 plus ethnic groups, forcing 2.4 million people out of their homes and killing hundreds, according to the U.N. and monitoring groups.

The Crisis Group, which seeks to help reduce conflicts worldwide, said acceding to the Sidama could encourage other groups to follow suit and cause more chaos.

But blocking them could bring mass protests that may turn lethal in Ethiopia's volatile and violent climate. "All options for managing the Sidama's statehood demands come with risks," it said, criticising government neglect of the issue.

While Abiy has been widely praised for freeing prisoners and easing restrictions, troubles in the regions have brought global concern for the future prospects of a regional powerhouse with one of the world's fastest-growing economies.

Last month, the security chief in Amhara region led what the federal government described as a failed coup attempt in which dozens of people, including five top officials, were killed.

Abiy addressed the Sidama issue on Monday, telling parliament the government had received their referendum request.

He urged patience and warned against "unlawful" action.

"The government will not bargain away the unity of Ethiopia," he said.

The reforms and the regional muscle-flexing have weakened his ruling coalition, the Ethiopian People's Revolutionary Democratic Front, which faced down years of protests and unrest before appointing him.

Ethiopia's constitution guarantees all ethnic groups the right to vote on forming a new regional state if their leaders request one, as the Sidama did on July 18, 2018.

Achieving that status would gain them rights to levy some taxes, choose their official language, run their own security force and pass laws on issues including education and land administration.

Sidama activists held a rally on Thursday in Hawassa, the capital of Southern Nations region and the city they want to be their capital.

"The people have already decided and we are making a lot of preparations," said activist Tessema Elias, 33, an assistant professor of law at Hawassa University.

"The government simply has to recognise us and if they refuse to, this will lead to a crisis."

Crisis Group said at least eight more ethnic groups are campaigning for region status. There was no immediate response to a request to Abiy's office for comment on the report.