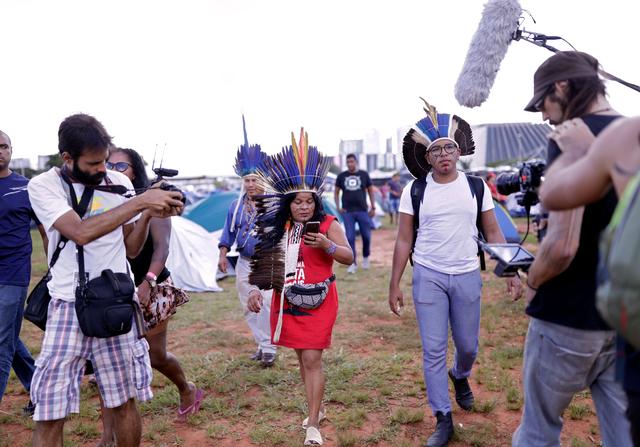 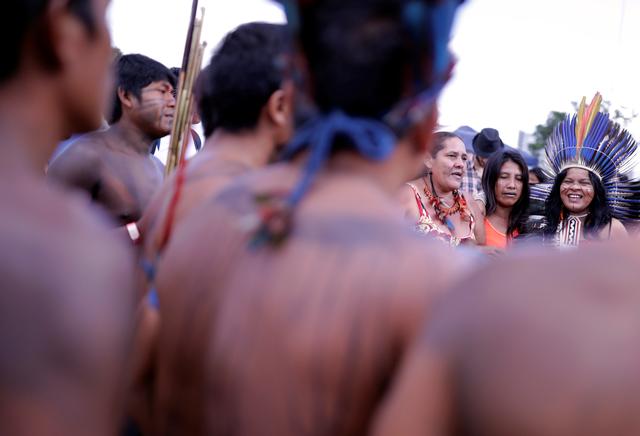 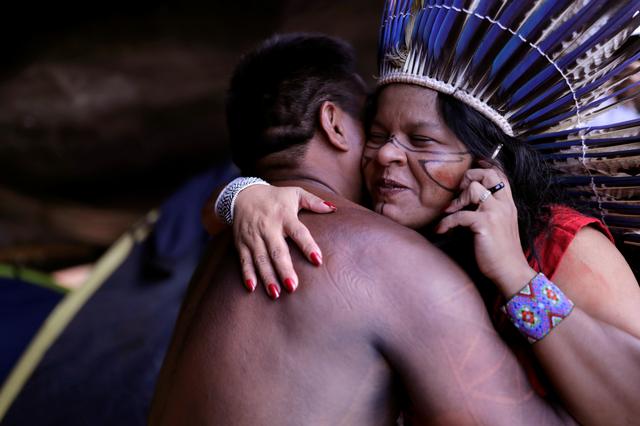 4/7
FILE PHOTO: Indian Leader Sonia Guajajara embraces a member of her tribe as she talks on her mobile phone at the Terra Livre camp, or Free Land camp, in Brasilia, Brazil April 24, 2019.
Reuters/Nacho Doce + 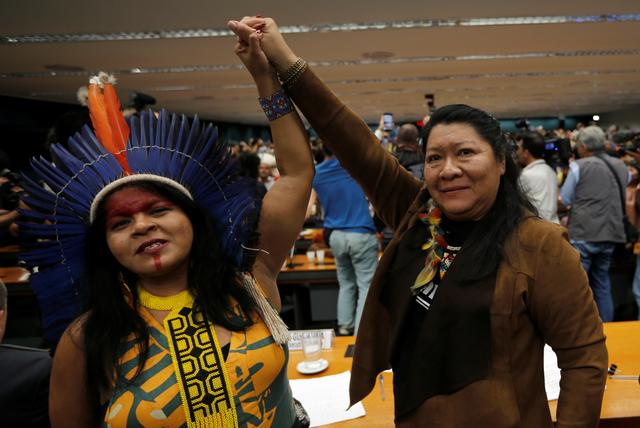 5/7
Congresswoman Joenia Wapichana and Indian Leader Sonia Guajajara raise their hands during a meeting with congressmen during the Terra Livre camp, or Free Land camp, at the National Congress in Brasilia, Brazil April 25, 2019.
Reuters/Adriano Machado + 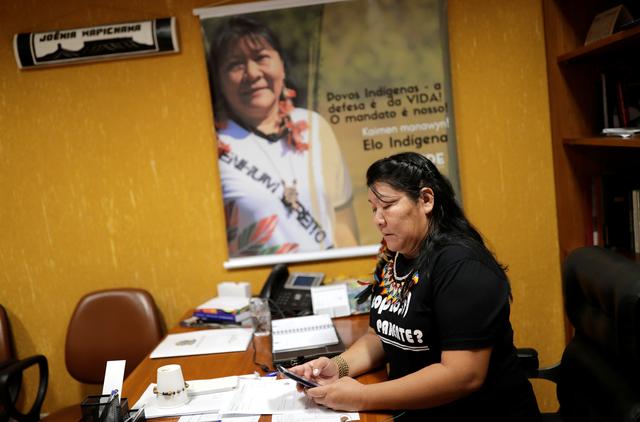 6/7
Indian congresswoman Joenia Wapichana looks at her mobile phone after an interview with Reuters during the Terra Livre camp, or Free Land camp, in Brasilia, Brazil April 25, 2019.
Reuters/Nacho Doce + 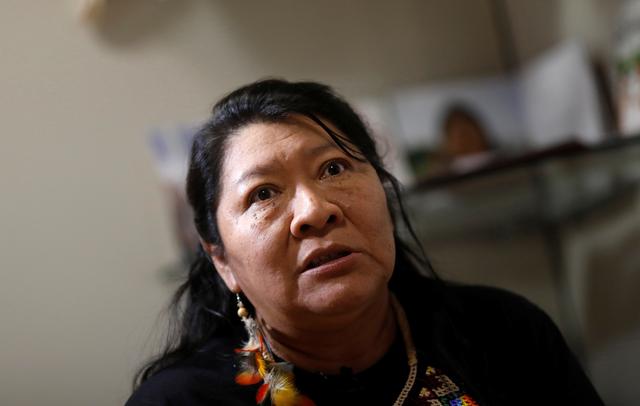 BRASILIA Brazil's indigenous women have been overturning tradition to step into the spotlight and lead an international push to defend their tribal land rights, which are up against the greatest threat they have faced in years under right-wing President Jair Bolsonaro.

Brazil's 850,000 indigenous peoples live on reservations that make up 13 percent of the territory. Bolsonaro has said they live in poverty and he wants to assimilate them by allowing development of their vast lands, currently protected by law.

The tribal leaders are fighting back - in many cases, led by women. Traditionally, indigenous cultures excluded women from leadership roles that were played by male tribal chieftains.

But that is changing, said Joenia Wapichana, who last year became the first indigenous woman elected to Brazil's Congress and has been seeking to block Bolsonaro's attempts to dismantle the indigenous affairs agency Funai.

"Women have advanced a lot and today there are many taking up frontline positions in the defense of indigenous rights," said Wapichana, 45, a lawyer who was also the first indigenous woman to argue a case before Brazil's Supreme Court.

Brazil's top indigenous leader is Sonia Guajajara, who warned at a forum at the United Nations last Tuesday that Bolsonaro's plans to open up reservations to mining and agriculture could devastate the Amazon, the world's largest rainforest, which scientists say is nature's best defense against global warming.

The next day she was back in Brasilia leading a rally of 4,000 indigenous people representing Brazil's 305 tribes, protesting Bolsonaro's move to put reservation land decisions under the agriculture ministry that is headed by farming interests.

"Invasions of indigenous lands have increased since Bolsonaro took office January 1 and that is due to the hate and violence in his speeches against us," Guajajara said in an interview last week.

Speaking at a news conference, Guajajara, 45, recalled how in 1998 Bolsonaro, then a congressman, said in a newspaper interview that it was a shame the Brazilian cavalry hadn't been "as efficient as the Americans, who exterminated the Indians." [nL1N2281H9]

Last year, Bolsonaro told reporters that anthropologists had kept native Brazilians "like animals in a zoo" and they should be allowed to benefit from agriculture and mining, charging royalties. Some indigenous people support his plan to allow commercial farming on reservations, although the majority back Guajajara. [nL1N1S907T]

With Bolsonaro set on weakening environmental and indigenous protections and a strong farm lobby holding sway in Congress, Wapichana said her tribe decided it was time to get involved in federal politics. They collectively decided to choose her as the candidate and funded her campaign, she said.

She said her goal was at least to preserve those rights currently guaranteed by law.

"It will be hard to advance with this government that is controlled by agribusiness and the farm lobby. What they wanted was to weaken Funai so it can no longer protect us," she said.

Rather than waiting for someone else to represent them, indigenous women were taking a stand in a way they had not before and joining together across the Amazon, said Leila Salazar-Lopez, president of Amazon Watch, a U.S.-based non-profit that works to stop deforestation and advance indigenous rights in the Amazon Basin.

"It is amazing that the women are stepping up," she said.