Pictures of the year: Space 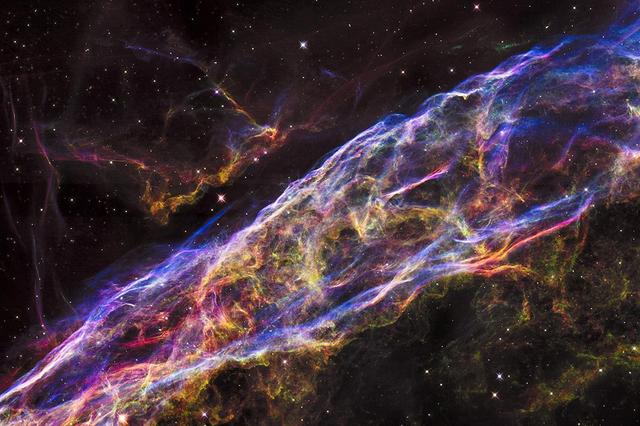 A small section of the expanding remains of the Veil Nebula, a massive star that exploded about 8,000 years ago. The entire nebula is 110 light-years across, covering six full moons on the sky as seen from Earth, and resides about 2,100 light-years away in the constellation Cygnus, the Swan. Image taken by NASA's Hubble Space Telescope. Released September 24, 2015. REUTERS/NASA/ESA/Hubble Heritage Team 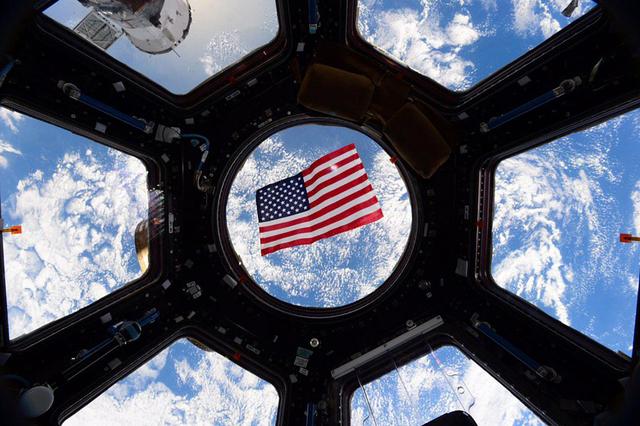 An American flag is framed in the windows of the International Space Station. Photo taken by astronaut Kjell Lindgren and released November 11, 2015. REUTERS/NASA/Kjell Lindgren 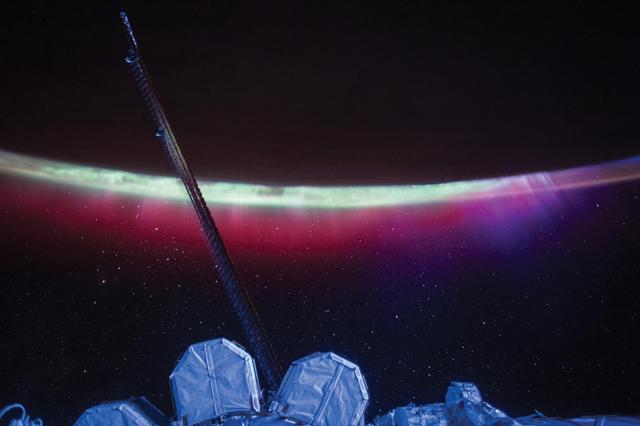 The dancing lights of the aurora borealis as the sun emerges from behind the earth in a photo taken by astronaut Scott Kelly from the International Space Station on August 15, 2015. REUTERS/Scott Kelly/NASA 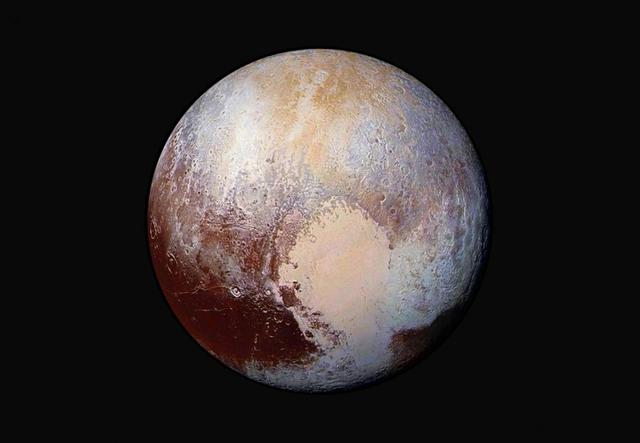 A NASA photo of Pluto made from four images from New Horizons' Long Range Reconnaissance Imager (LORRI) combined with color data from the Ralph instrument in this enhanced color global view released on July 24, 2015. REUTERS/NASA/JHUAPL/SwRI 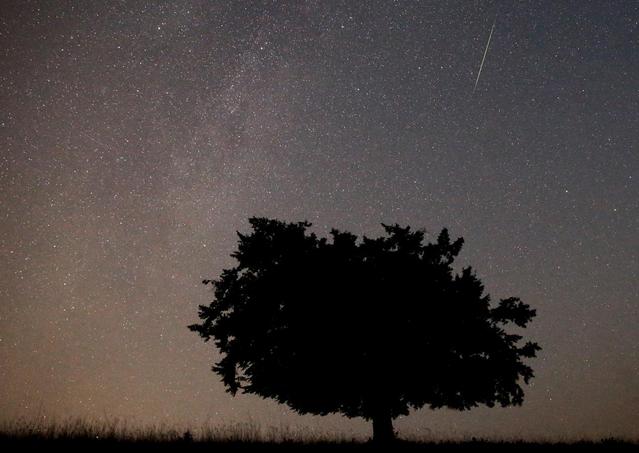 A meteor streaks across the sky during the Perseid meteor shower near Kraljevine on mountain Smetovi in the early morning, August 12, 2015. REUTERS/Dado Ruvic 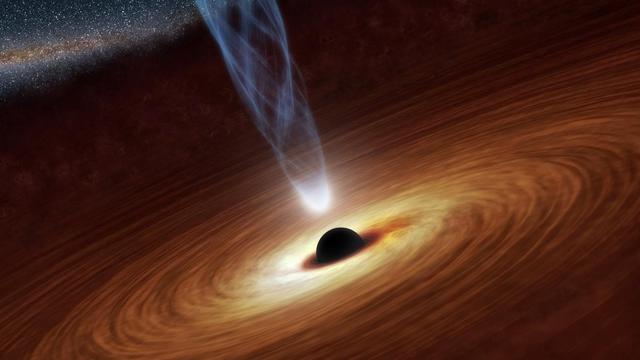 A supermassive black hole with millions to billions times the mass of our sun is seen in a NASA artist's concept illustration. In this image, the supermassive black hole at the center is surrounded by matter flowing onto the black hole in what is termed an accretion disk. This disk forms as the dust and gas in the galaxy falls onto the hole, attracted by its gravity. Also shown is an outflowing jet of energetic particles, believed to be powered by the black hole's spin. REUTERS/NASA/JPL-Caltech 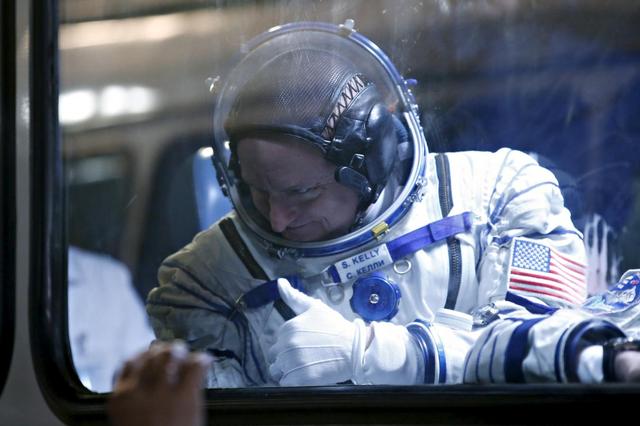 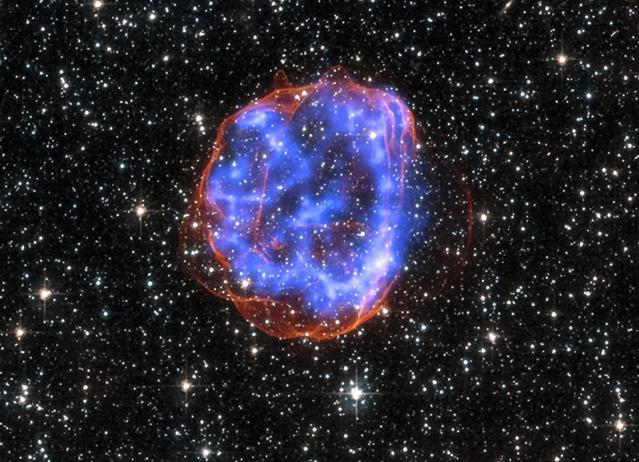 An expanding shell of debris called SNR 0519-69.0 is left behind after a massive star exploded in the Large Magellanic Cloud, a satellite galaxy to the Milky Way. Multimillion degree gas is seen in X-rays from Chandra, in blue. The outer edge of the explosion (red) and stars in the field of view are seen in visible light from the Hubble Space Telescope. Image released January 23, 2015. REUTERS/NASA/CXC/SAO 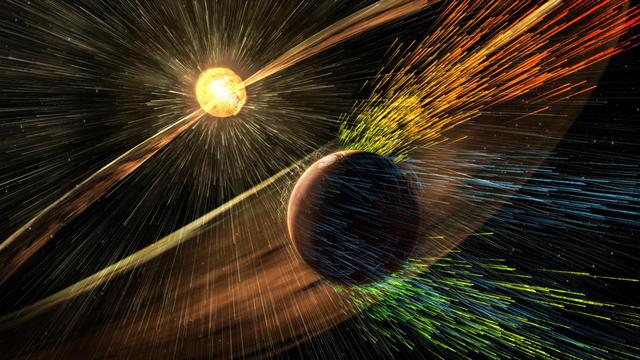 An artist's rendering depicts a solar storm hitting Mars and stripping ions from the planet's upper atmosphere. Scientists have documented a solar storm blasting away Mars� atmosphere, an important clue in a long-standing mystery of how a planet that was once like Earth turned into a cold, dry desert. In March, NASA�s Mars-orbiting MAVEN spacecraft caught such a storm stripping away the planet�s atmosphere. Image released November 5, 2015. REUTERS/NASA/Goddard Space Flight Center 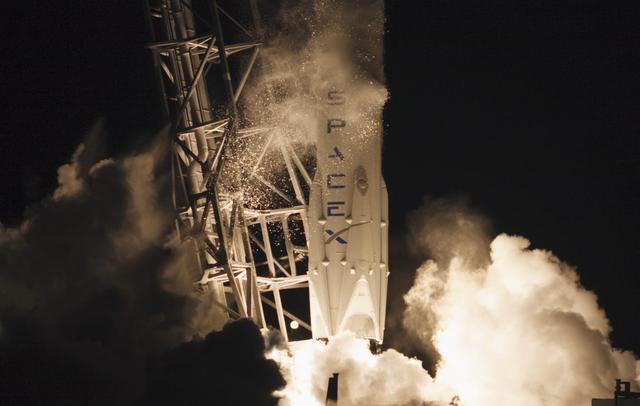 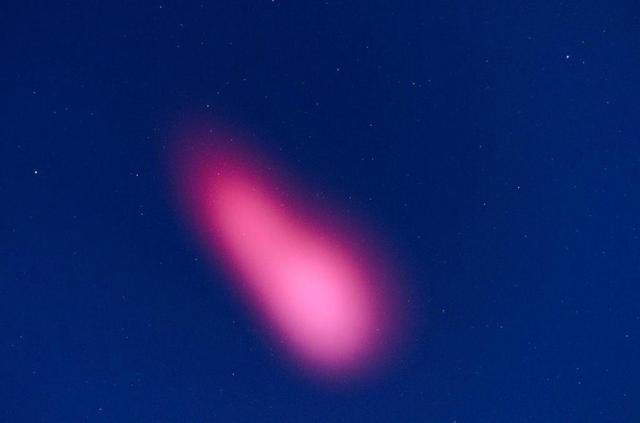 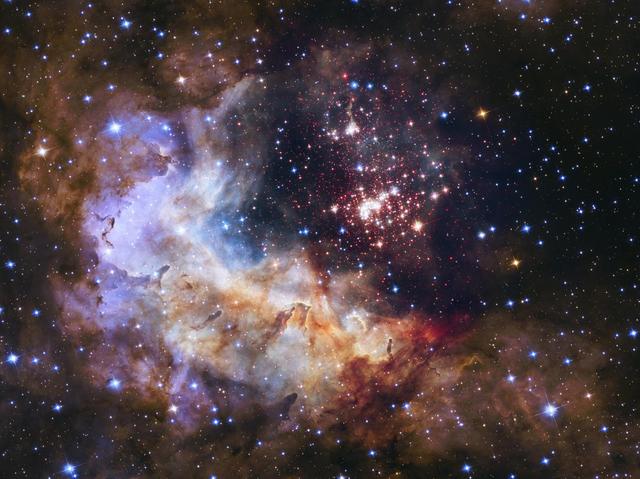 A stellar nursery of about 3,000 stars called Westerlund 2, located about 20,000 light-years from the planet earth in the constellation Carina. Image taken by the Hubble Space Telescope and released April 23, 2015. REUTERS/NASA 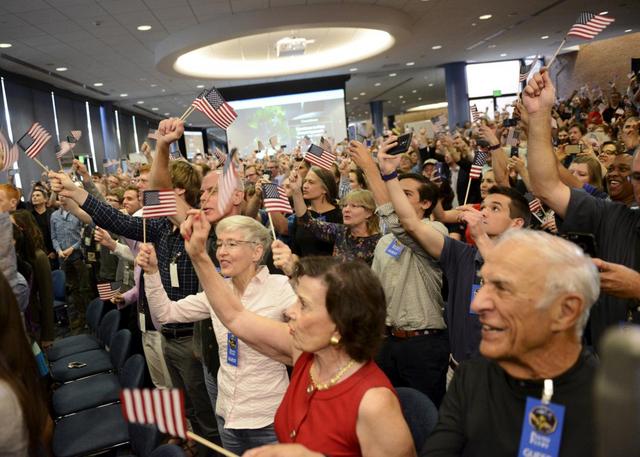 Scientists and guests cheer at the countdown as the spacecraft New Horizons approaches a flyby of Pluto, at NASA's Johns Hopkins Applied Physics Laboratory in Laurel, Maryland, July 14, 2015. REUTERS/Mike Theiler 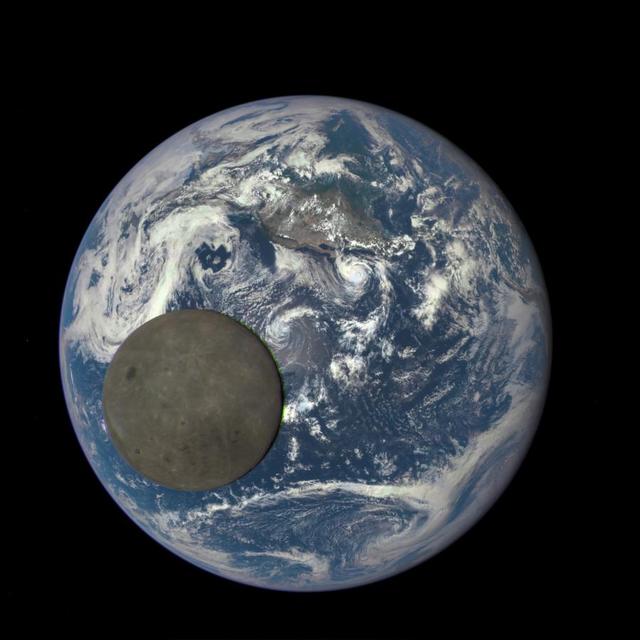 The far side of the moon, illuminated by the sun as it crosses between the DSCOVR spacecraft's Earth Polychromatic Imaging Camera (EPIC) camera and telescope, and the earth - one million miles away - July 16, 2015. REUTERS/NASA/NOAA 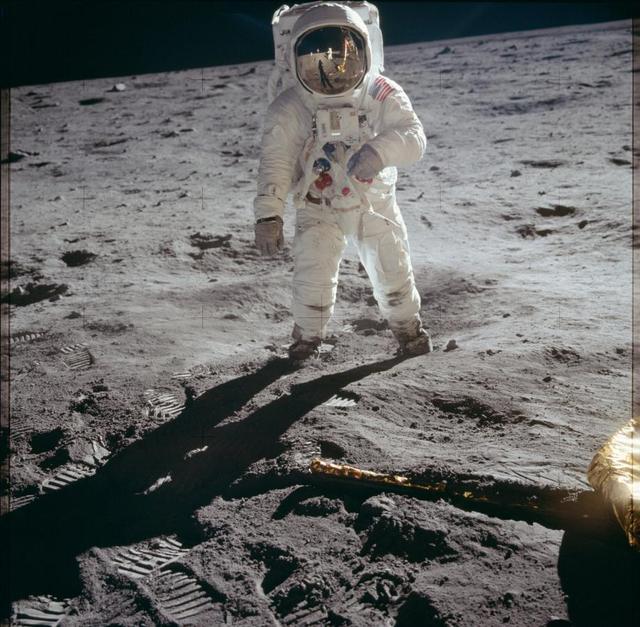 Astronaut Edwin E. Aldrin Jr., lunar module pilot, walks on the surface of the moon near the leg of the Lunar Module (LM) "Eagle" during the Apollo 11 extravehicular activity (EVA) on July 20, 1969. The photograph is one of more than 12,000 from NASA's archives recently aggregated on the Project Apollo Archive Flickr account. REUTERS/NASA 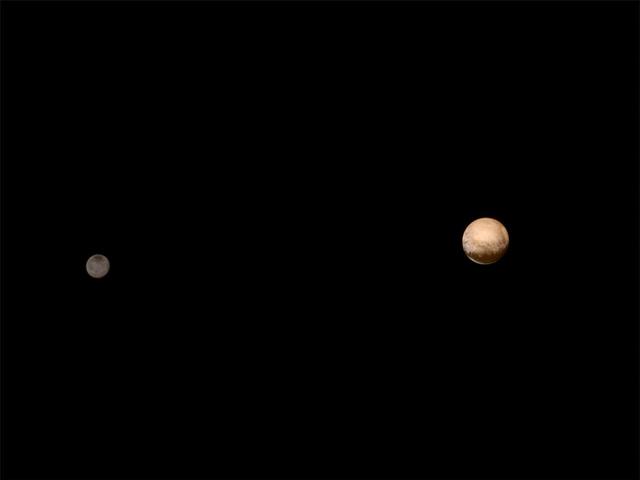 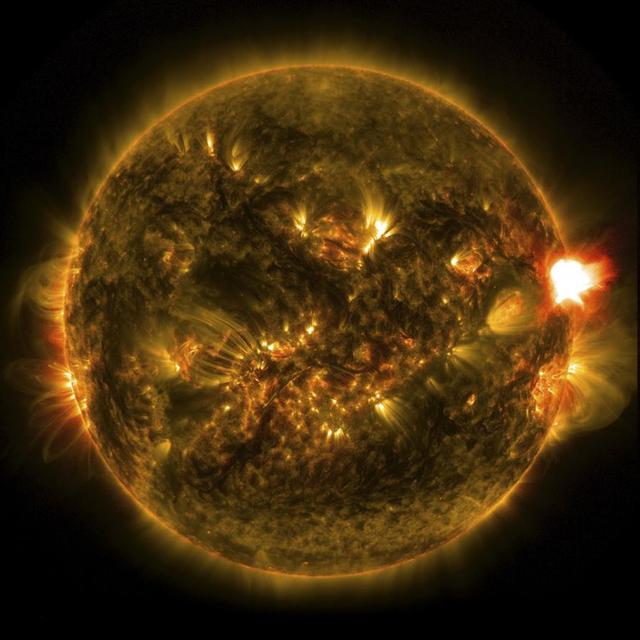 A mid-level solar flare is seen in an image from NASA's Solar Dynamics Observatory on January 12, 2015. Harmful radiation from a solar flare cannot pass through Earth's atmosphere to physically affect humans on the ground, however -- when intense enough -- they can disturb the atmosphere in the layer where GPS and communications signals travel, according to NASA. REUTERS/NASA/SDO 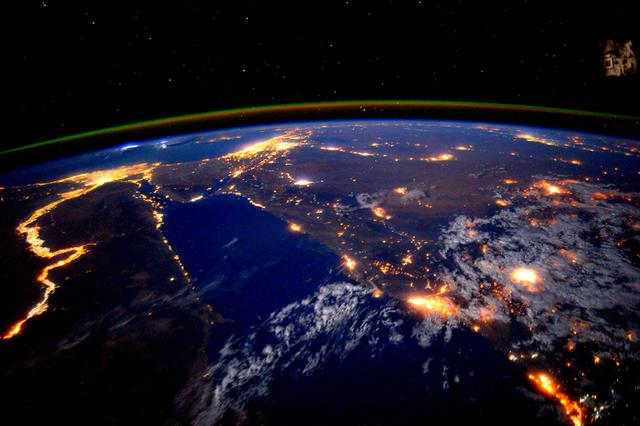 The Nile is seen at night during a flyover of the International Space Station taken by Astronaut Scott Kelly on September 22, 2015. REUTERS/NASA 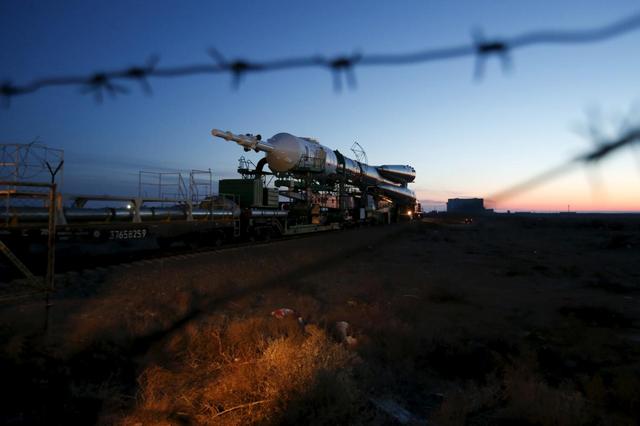 The Soyuz TMA-16M spacecraft is transported to its launch pad at the Baikonur cosmodrome, March 25, 2015. REUTERS/Maxim Zmeyev 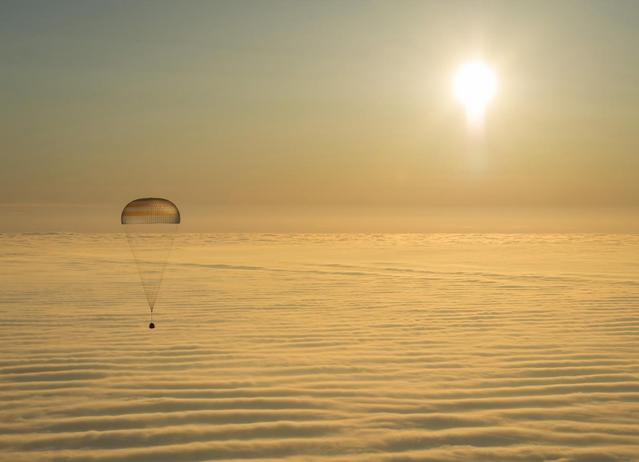 The Soyuz TMA-14M capsule with International Space Station crew members Barry Wilmore of the U.S., Alexander Samokutyaev and Elena Serova of Russia as it descends beneath a parachute just before landing in central Kazakhstan, March 12, 2015. REUTERS/Bill Ingalls/NASA 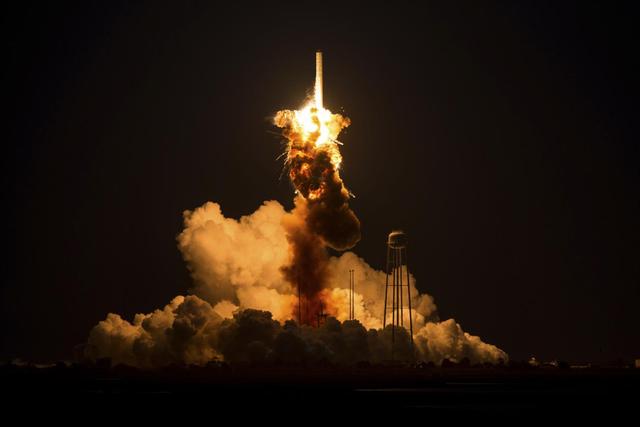 The Orbital Sciences Corporation Antares rocket, with the Cygnus spacecraft onboard, suffers a catastrophic anomaly moments after launch from the Mid-Atlantic Regional Spaceport Pad 0A, at NASA's Wallops Flight Facility in Virginia, October 28, 2014. The Cygnus spacecraft was filled with about 5,000 pounds of supplies slated for the International Space Station, including science experiments, experiment hardware, spare parts, and crew provisions. Image released November 4, 2015. REUTERS/NASA/Joel Kowsky 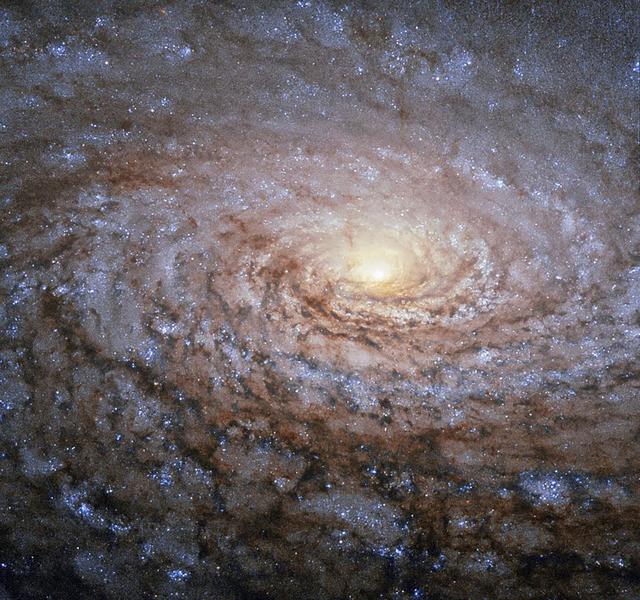 The galaxy Messier 63 - nicknamed the Sunflower Galaxy - in an image taken by the Hubble Space Telescope. Discovered by Pierre Mechain in 1779, the galaxy is about 27 million light-years away and belongs to the M51 Group. Image released September 11, 2015. REUTERS/NASA/ESA/Hubble 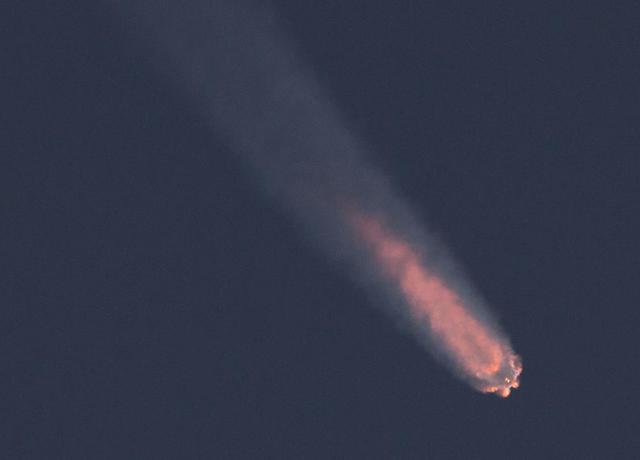 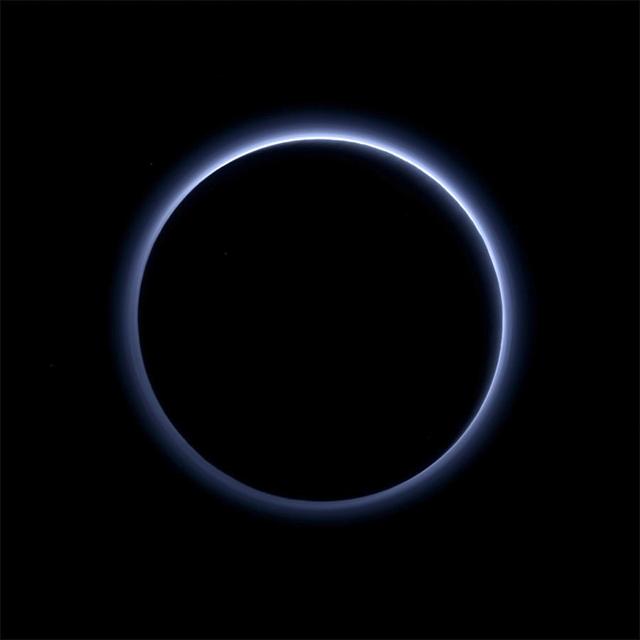 Pluto's haze layer shows its blue color in this picture taken by NASA's New Horizons Ralph/Multispectral Visible Imaging Camera released October 8, 2015. The high-altitude haze is thought to be similar in nature to that seen at Saturn's moon Titan. This image was generated by software that combines information from blue, red and near-infrared images to replicate the color a human eye would perceive as closely as possible. REUTERS/NASA/JHUAPL/SwRI 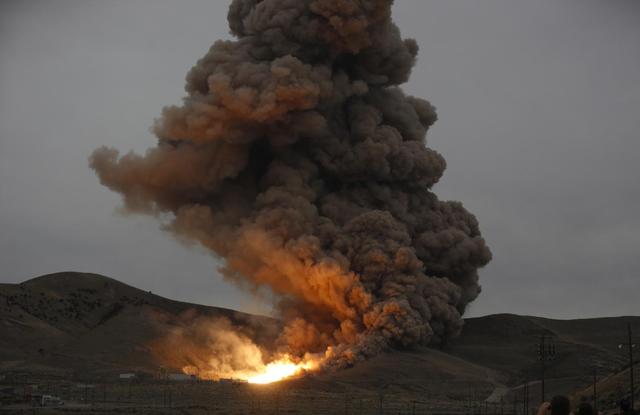 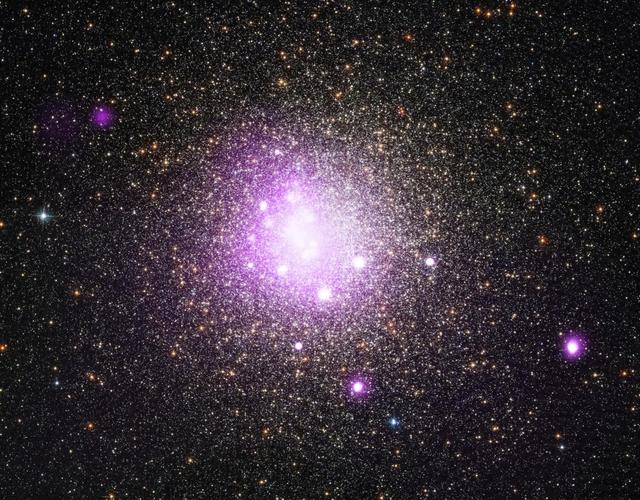 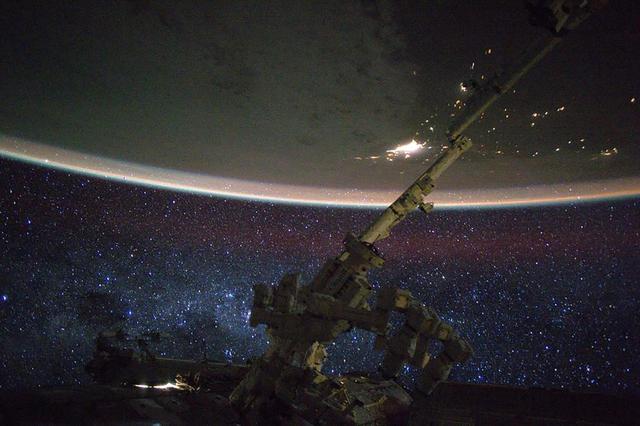 The lights of Perth, Australia, (top) and the stars in the Milky Way are seen in this picture by NASA astronaut Scott Kelly, taken from the International Space Station, August 20, 2015. REUTERS/NASA/Scott Kelly 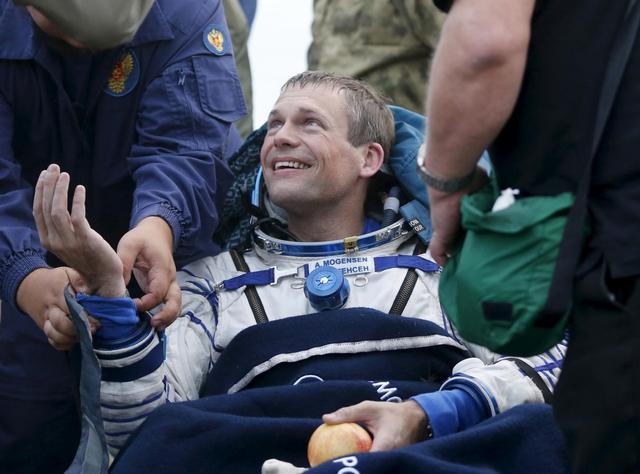 Danish astronaut Andreas Mogensen is assisted by ground personnel after landing near the town of Dzhezkazgan, Kazakhstan, after returning from the International Space Station, September 12, 2015. REUTERS/Yuri Kochetkov/Pool 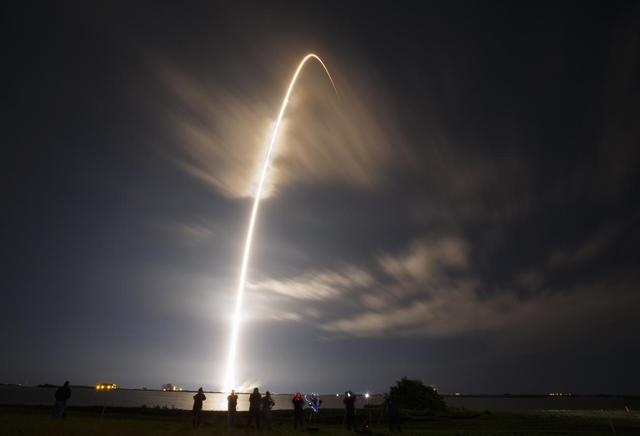